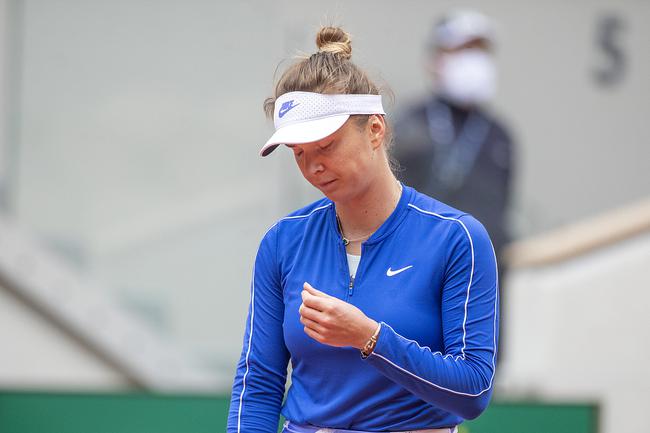 News from October 7th, Beijing time, the French Open's No. 3 seed Svitolina 2-6/4-6 was swept 2-6/4-6 by the Argentine qualifier dark horse Podolska and missed the third Grand Slam semi-finals. After the game She said she was not in the state.

Svitolina is the only TOP50 player and the only WTA champion holder left in the quarterfinals of the first half. She broke serve first, but then failed to find her own rhythm and only resisted for 35 minutes. Then handed over the first set. The second set was even more intense. The two sides fell into a break-of-serve battle. After wasting two match points, Podoroska finally seized the opportunity to succeed.

"It was a difficult game for me, with all kinds of bad games," Svitolina said. "I wish I could deal with it in another way."

"She played a wonderful game. Today, my mental state is not 100%, which makes me feel quite disappointed."

"I felt it was difficult for me to concentrate. I didn't show my ideal performance. In the end, my level was completely lost. I gave her a chance to play a beautiful tennis."